Even the unpredictable Michigan weather offered a warm welcome to a delegation of eight French mobility startup laureates embarking on a two week immersion to forge connections and build relationships with Detroit region OEMs, Tier 1 suppliers, potential investors, universities, and other stakeholders.

To participate in the delegation, the entrepreneurs competed as group of 20, and were judged by a panel of American experts including Ford, Aptiv, Fiat Chrysler, Magna, Qualcomm, Boston Consulting Group, University of California Berkeley, University of Michigan, and others. When the group departs Detroit, it will head to San Francisco to continue the immersion experience.

Before taking the stage at Detroit’s NextEnergy, the group was welcomed by Justin Robinson, vice president of economic development with the Detroit Regional Chamber, Guillaume Lacroix, Consul General of France, and Georges Ucko, head of transportation at Business France North America.

“France is a startup nation, and I’m sure our visitors from France will provide you with more insight and more evidence of that fact,” says Lacroix. “They can share their energy and their creativity. Innovation is not just for one generation, but for all generations. It’s about creating a better future.”

Four years and 24 Ubimobility alumni in, and 14 have established a business presence in North America, including Navya, the autonomous shuttle company with a production facility in Saline, near Ann Arbor.

When asked about their perception of Detroit and its role in the high-tech industry that is often equated with Silicon Valley, the entrepreneurs were enthusiastic about Detroit’s dense and seasoned expertise.

“For mobility, everyone is here. In Silicon Valley, there is a delegation, but those we want to work with us, they are here. It’s important and clear and visible, and [that expertise] is helping us to develop our product,” says Lucille Motton, key account manager with Aix-en-Provence-based Ween.ai. 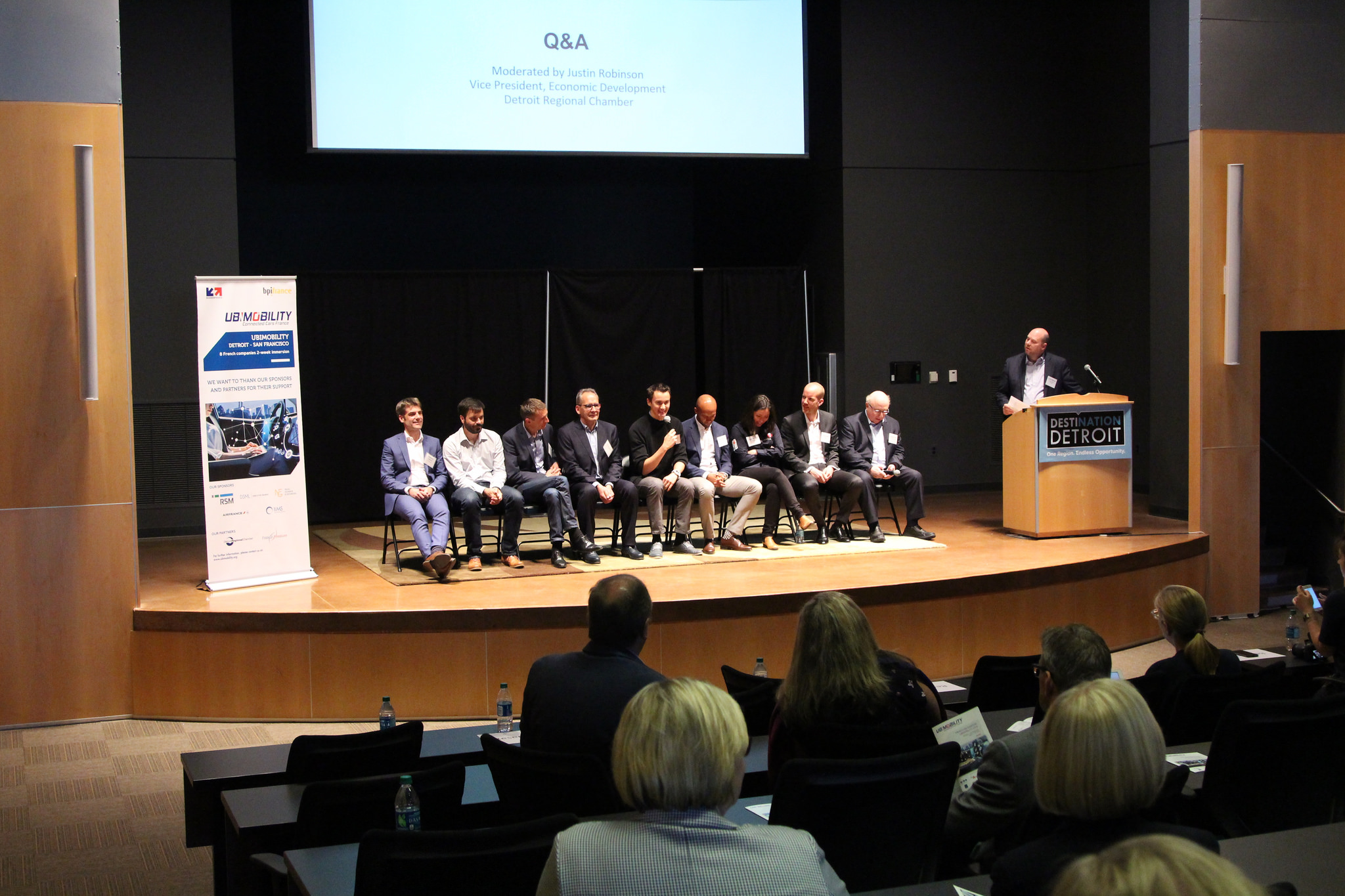