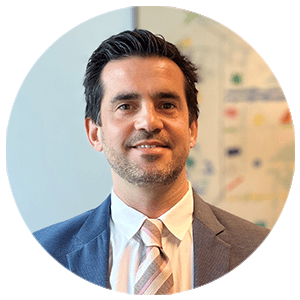 Sergio Oliete Josa is the Team Leader for Transport, Infrastructure and Connectivity at the European Commission’s Directorate-General for International Partnerships.

A civil engineer by training, he started his career in the non-profit sector as project manager with Engineers Without Borders in Cameroon. He then joined the European Commission by way of the cooperation sections of the European Union Delegations to Cabo Verde, Sierra Leone, Guinea and Cameroon, where he gained extensive experience in project preparation, management, monitoring, and donor coordination.

After 15 years in Africa, in 2018 he joined the Commission headquarters in Brussels as West Africa Regional Integration and Infrastructure Officer. In this capacity, he supported EU Delegations in blending operations and European Sustainable Development Fund guarantees for transport and energy infrastructure projects. Since 2019, he leads the Sustainable Transport and Infrastructure team within the thematic Directorate for the Green Deal and the Digital Agenda, where he advises EU Delegations on connectivity-related projects in line with the G20 Principles for Quality Infrastructure Investments. He has been the drafting coordinator the recently launched EU Global Gateway strategy and is currently involved in supporting its implementation.