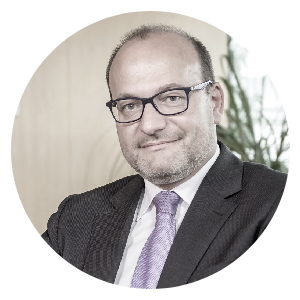 Rémy Rioux is a Senior Advisor at the Court of Auditors. He has held high-level positions in a career devoted to development and Africa.

As Director of the Office of the Minister of the Economy, Finance and Foreign Trade, Pierre Moscovici, from 2012 to 2014, he contributed to restoring the competitiveness of the French economy and consolidating public accounts.

In 2014, Laurent Fabius, Minister for Foreign Affairs and International Development, appointed him as Deputy General Secretary. He was the pillar for the economic diplomacy policy. Moreover, he coordinated the “finance” agenda for the French presidency of COP21, up to the final negotiation of the Paris Agreement on Climate.

Rémy Rioux is an expert in international financial institutions, particularly development banks. He is passionate about development and climate and familiar with Africa and its opportunities. Since June 2016, he heads the French Development Agency (AFD), whose mandate and resources in favor of development policy have recently been expanded. Rémy