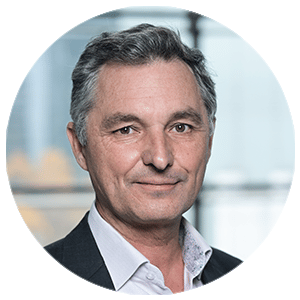 Philippe Dubois joined Societe Generale Group in 1993 as part of the French network, where he held several commercial responsibilities. In 2003, he was appointed Deputy Managing Director in charge of corporate clients for Banque de Polynésie (French Polynesia), then in 2006 for Societe Generale Srbija (Serbia). In 2009, he became Regional Director for Russia from Paris. Since 2014, he has been Deputy CEO of Société Générale de Banque au Liban, in charge of the operational management and supervision of its subsidiaries abroad (Cyprus, Jordan, France). In July 2019, he was appointed Corporate director for the Africa, Mediterranean Basin and Overseas region for the Group.