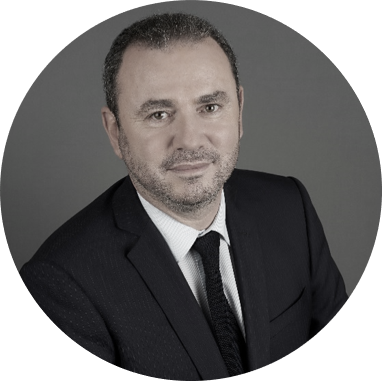 Christophe Lecourtier took up his position as Chief Executive Officer of Business France on September 14, 2017, and has many years of experience in the international development of the French economy.
Mr. Lecourtier served as the French Ambassador to Australia between July 2014 and June 2017. During this time, he was part of a successful campaign to secure an order for a French ship-maker to build the next generation of Australian submarines (April 2016). He also succeeded in forging stronger bilateral ties between the two countries, with the signing of several Franco-Australian treaties, as well as a strategic partnership.
From February 2008 to March 2014, he held the role of Chief Executive Officer of Ubifrance, the French government agency for international business development, which became Business France after merging with the Invest in France Agency on January 1, 2015. During his tenure, he arranged for the agency to receive additional state resources to open 80 offices in 60 countries, focusing exclusively on supporting exports by French SMEs and mid-size companies. Ubifrance’s operations expanded significantly during this period; as well as holding more events and creating the France Export Team program, it also grew its client base and increased the number of young people working with French companies as part of the VIE international internship program. In 2012, Mr. Lecourtier introduced qualitative analysis to Ubifrance by measuring the impact of the agency’s work on its client companies’ business. He also strengthened ties with Bpifrance, sending Ubifrance employees to work in the regional offices of France’s public investment bank.
Mr. Lecourtier previously served as a member of several ministerial cabinets: as technical advisor to Simone Veil on European and international affairs, and then as head of department for relations with the European Union (enlargement, trade policy) in Prime Minister Alain Juppé’s cabinet (1995-1997). He was a special advisor with responsibility for international affairs to two Ministers for the Economy, Finance and Industry, Francis Mer and then Nicolas Sarkozy and concurrently held the position of deputy chief of staff for the Minister for Trade (2002-2004), later becoming chief of staff (agriculture). He was subsequently appointed as special advisor to Christine Lagarde, Minister for the Economy, Finance and Employment, with responsibility for international and modernization (2007-2008).

Mr. Lecourtier began his career in the Latin American bureau of the French government’s foreign economic relations division (1991-1993), before serving as first assistant secretary in charge of Continental Asia (1997-2000), and later as economic and commercial advisor for the French economic mission to Buenos Aires (2000-2002). As secretary general, he was instrumental in establishing the new Treasury and Economic Policy Directorate (2004-2007) led by Xavier Musca.

Christophe Lecourtier was born in 1962. He is a graduate of the École normale supérieure in Saint-Cloud, the Institut d’études politiques (Sciences Po) in Paris and the École nationale d’administration (ENA).